Despite being told she would likely never see her children grow up, 13 years since a precautionary blood test picked up her smouldering myeloma, Deb Gascoyne continues to defy the odds. And the mother-of-two from Hagley is laying down the groundwork for a cure, one fundraiser at a time.

Deb Gascoyne owes her early diagnosis to a split-second decision.

After weeks spent wrangling with a nagging cold, she’d finally booked a GP appointment. At the surgery, a nurse took a throat swab, explaining that Deb may be asked to come back for a blood test. But as she was about to send her on her way, the nurse thought better of it and took her blood there and then. 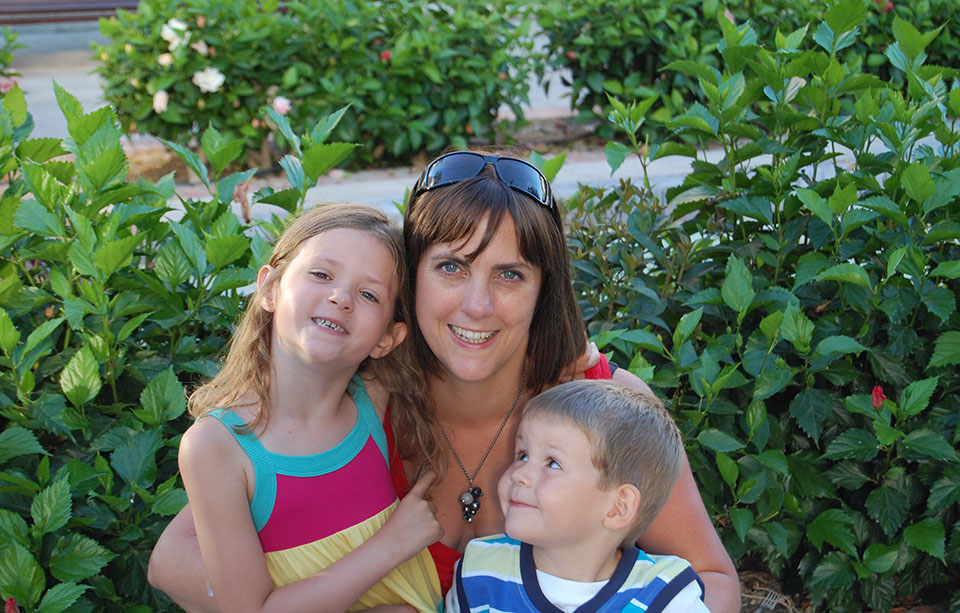 Little did Deb know that this sudden change of heart would alter the course of her life and allow her to see her children grow up.

A few weeks later, at just 34, she was diagnosed with smouldering myeloma. Her daughter Rebecca was four years old and her son, Sam, was two.

“If she hadn’t done it, I don’t know when or if it would have got picked up because I never actually had any more symptoms for a while after that,” said Deb, now 47.

“We were just really shocked. I had never heard of myeloma. It was 2009 and back then you read the statistics, and everything was saying you had two to five years. I was just like, ‘I’m not going to see my children go to secondary school’. But I did. Rebecca is 17 now and Sam is 15. I never thought I would have this much time. I hope I get to meet their partners, see them get married.” 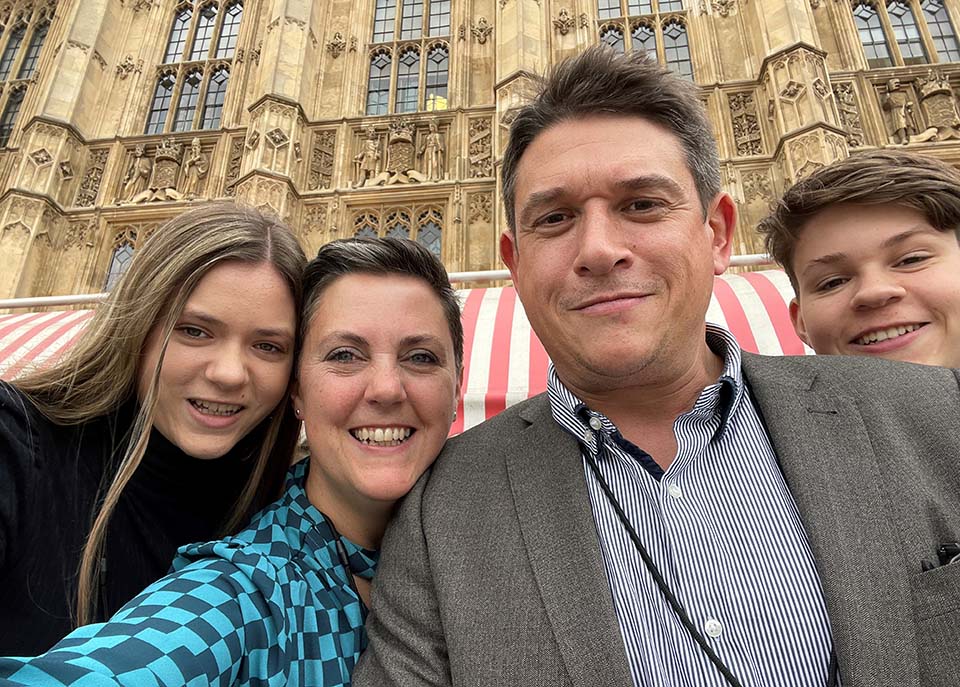 Eventually, Deb’s myeloma progressed to active cancer. She started treatment in 2010 and was put on the Myeloma XI trial. She received her first stem cell transplant in July 2011.

“It is such a horrible age to be diagnosed. You’re about to kickstart your family and suddenly it’s all blown to pieces. But I think you have to keep pushing when you have young children – you can’t let the world collapse. Who wants a life where you’re miserable and sad all the time?

“Sometimes, in the early days, I used to think, ‘Would it have been better not to have known? Would it have been better to have waited?’. Maybe I would still have had the same type of myeloma and I’d still be where I am today and I wouldn’t have had all that worry in those early years. And, ‘I wonder if they hadn’t treated me so early, would my options have been different or better?’. After the transplant, I went on Revlimid (lenalidomide) maintenance through the Myeloma XI trial, which I swear kept me where I was for eight years.”

Beating the odds for over a decade and witnessing huge milestones in her children’s lives she’d never dreamed possible has been an extraordinary gift. Yet the unshakable feeling she’s living on borrowed time has been a heavy burden to bear.

For years, she let job opportunities pass her by for fear of leaving employers in the lurch and repeatedly turned down pension schemes, assuming she’d never need one.

She has also had to grapple with survivor’s guilt.

“I often feel bad that I’m doing so well. I don’t understand why. If I think of my fundraising, I think, ‘Did I fool everyone?’ Because I kept talking about this ‘two to five years’ and they were so generous and now I’m still here 13 years on.

Losing friends and acquaintances to myeloma is also a stark reminder each time that relapse is inevitable.

“It is awful. Quite often they were people I had had quite a strong relationship with once I’d been diagnosed. They’d helped support me.

“Every time you see someone that you know of pass away, you just go, ‘That could be me at some point’. It’s the mixture of shock that it’s the reality of it. Because you like to, not fool yourself, but put yourself in a more positive place and think that it’s not going to be like that.”

Deb relapsed in 2019 and underwent her second stem cell transplant in September 2020. 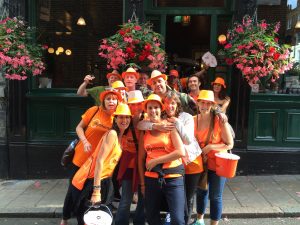 In a bid to reclaim some sense of control over her life and to fund research into treatments, and ultimately a cure, over the past 13 years she has thrown herself into fundraising. Not only has she collected more than £160,000 for Myeloma UK to date but she’s now set her sight on raising £50,000 by the time she turns 50 as part of the 50B450 campaign – her most ambitious fundraiser yet.

She has also joined Myeloma UK’s new awareness campaign which aims to highlight the severe, and too often overlooked, impact of delayed diagnosis on patients’ quality of life.

“Fundraising gives me control and a target,” said Deb, who now works as a community fundraiser for a brain tumour charity. “It’s been a lifesaver. When I started 50B450 in 2019, I was very conscious that I might not make it to 50. I needed to set something up to take my mind off the fact that I was back on treatment. If I didn’t think there was a chance of a cure or better treatments, would I still be fundraising? Maybe. But I genuinely believe we are on the tipping point of a cure. 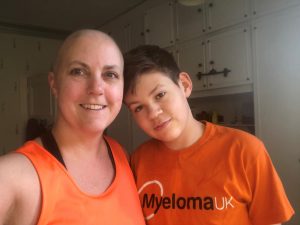 “Myeloma UK as a charity is making a difference to my future and the future of other people. The changes that have happened since I was diagnosed are huge. I never dreamed I would have that much time when I started treatment.

“Once I get to 50 that will be me done for a while on the fundraising front. Although, I keep saying that and it never happens…”