Hannah Talbot, 8 from Berkshire, has been raising money for Myeloma UK in support of her mum Felicete, a patient. 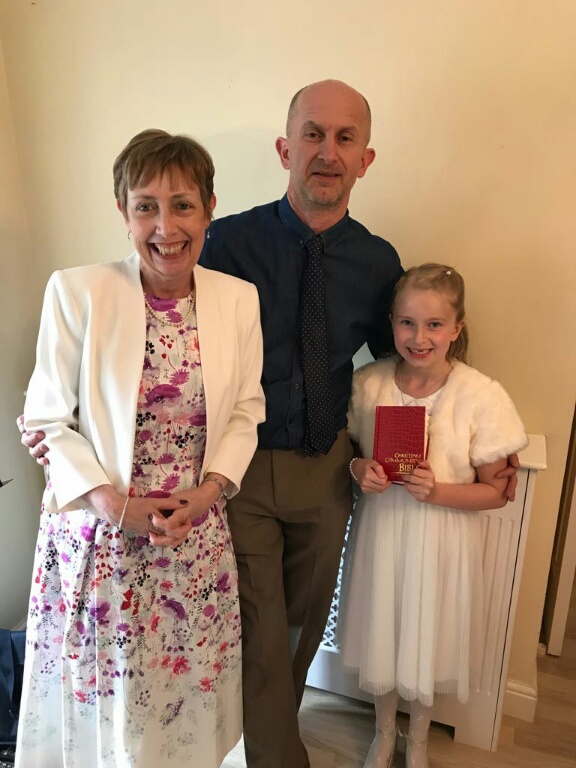 Hannah asked for donations to Myeloma UK in lieu of gifts for her First Holy Communion. In total, she received over £750 in donations.

Her Mum, Felicete, who was diagnosed in 2015 said, “I am so proud of what my daughter has managed to achieve and for using her First Holy Communion as a way to help others.”

She also wanted to do more to raise money and decided to organise a sponsored silence at her school. The sponsored silence managed to raise over £700, with the children and their teacher not talking for two hours. The class was presented with a special certificate at their end of year assembly to recognise their achievements.

Mr Guy Vickers-Jones, Hannah’s teacher said, “We were all so happy just to be able to help support Hannah, Mrs Talbot and Myeloma UK – the children were rather amazing (if you knew them – you’d know what a feat it really was!) and we really enjoyed ourselves.”

In total, Hannah has managed to raise almost £1,500 for Myeloma UK.

I was really happy to help my Mummy who has myeloma and my friends wanted to help me too. 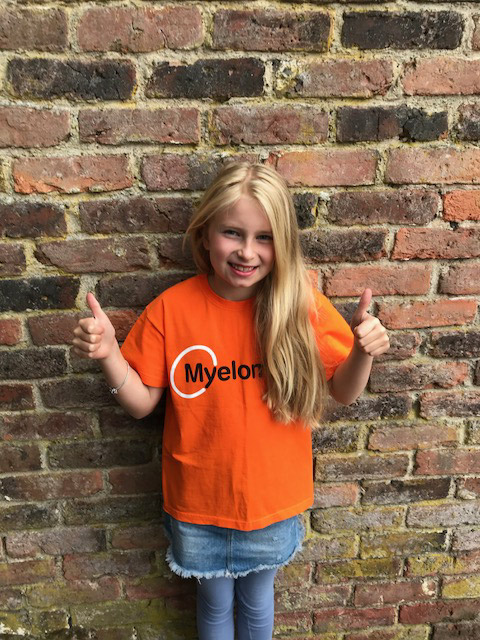 Claire Holmyard, Individual and Planned Giving Manager said, “It was so wonderful of Hannah to give up gifts for her First Holy Communion, to help raise money for Myeloma UK. Her selfless generosity will go towards making myeloma history.”

If you have a special event coming up and would like to ask for donations in lieu of gifts, contact our Fundraising team on 0131 557 3332 or fundraising@myeloma.org.uk for help and advice.