In memory of Marcus Plant

We spoke to Marcus’ brother Alex, his wife Alison, and mother Brenda, about his life

Marcus Plant was a man of many talents: a magician, snooker lover and keen golfer. He was a very intelligent, kind and generous man who “brought fun and laughter wherever he went”.

Marcus was the first-born child of his parents. Unfortunately, at the time, his family were having a challenging time with money and a lack of adequate housing options. Both his parents worked very hard to help make ends meet. As a young boy, he was often looked after by a kind neighbour, Mrs Grainger, who welcomed him as part of her family too. He remained close to her and her family as he grew older. 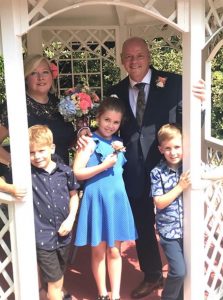 He was very bright and earned a place at the local grammar school. Marcus was a talented sportsman and rugby player. After leaving school at 16, he soon developed a career in computing and even impressed his first employer by achieving the best aptitude test score of any candidate; going on to become an accomplished programmer and then one of the founder directors of a software company that went from a start-up of 4 or 5 people to a global company employing hundreds of people.

Marcus met his first wife, Christine and became a stepfather to Tamsyn and Briony, and grandfather to their children; Noah, Megan and Jackson. After he and Christine amicably separated, Marcus met and fell in love with Alison. The pair married in 2018 and made a lovely home together by the sea in Broadstairs. 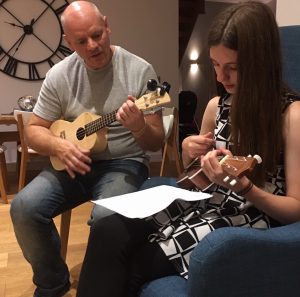 Marcus has a long list of talents, including magic and was a member of the magic circle. He won many trophies for his snooker playing, and enjoyed playing golf. He even taught himself how to play the ukulele to a high standard. Memories of him playing the ukulele with his niece, Beth, and being accompanied on vocals by his sister, Joanna, are especially treasured by the family.

“We would like him to be remembered as someone who made the very most of the considerable skills he was given, as a sportsman, a magician, but most of all as someone who loved and was loved by his family and friends.”

He was first diagnosed in August 2017, after tests to find out the cause of his anaemia. His original diagnosis was smouldering myeloma, but in January 2018 the condition became symptomatic, and he began treatment at Kent and Canterbury hospital.

Unfortunately, the hospital could only administer standard myeloma treatment which was not effective for the high-risk myeloma that Marcus had. He continued his treatment at UCH in London. Marcus’s treatment was challenging; including going through several different drug regimes and painful bone marrow biopsies and including his first stem cell transplant – the side effects of which were very harsh.

“All this time Marcus was very stoic and although his wife Alison went with him for most of his appointments, sometimes if it was for a test, a top-up of plasma or platelets he insisted on going alone. He never complained when he felt ill or when he was suffering from neuropathy in his hands and feet, which was very uncomfortable.”

Sadly, Marcus developed complications and a serious infection affecting his lungs following his second stem cell transplantation. He passed away peacefully on the 6 December 2019 surrounded by his loving family. 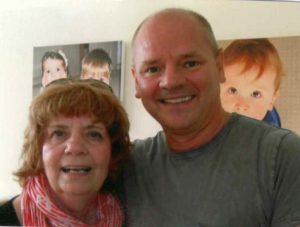 Marcus’ mother, Brenda, has many fond memories of him. Including an impromptu speech he made at the Silver Wedding Anniversary of his mother and stepfather. Marcus’ loving words about his mother moved many people to tears.

Brenda adds that: “Marcus was recognised by everyone as particularly kind, extremely generous and very talented. He was adored by his family and loved and respected by all who knew him. His thoughtfulness and concern for others was exceptional.” 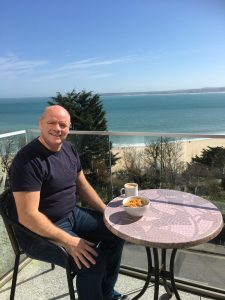 Unfortunately, the family has a lot of experience with myeloma, with Brenda also being a myeloma patient. They hope that the continued development of effective treatments will help increase patients’ quality of life for as long as possible and a cure will be found to spare other families from the pain of losing someone they love.

The family would like to thank the magnificent NHS staff at Kent and Canterbury Hospital and UCH in London for their wonderful care of Marcus. Many of the staff had been treated to a magic trick or two over the time he was in their care, and he enjoyed performing for them.

Myeloma UK would like to extend our thanks to Marcus’ family for allowing us to share their story and for supporting us in Marcus’ memory. If you would like to raise funds in memory of a loved one please email fundraising@myeloma.org.uk or call us on 0131 557 3332.