In memory of Maureen Ann Crossley

This Mother’s Day, we spoke to Jo about her mum Maureen, who kindly left a gift in her will to Myeloma UK

Maureen was diagnosed with myeloma in 2011 and attended many Myeloma Infodays over the years. The information provided at the events helped the family better understand myeloma, and they learned about clinical trials and myeloma research. 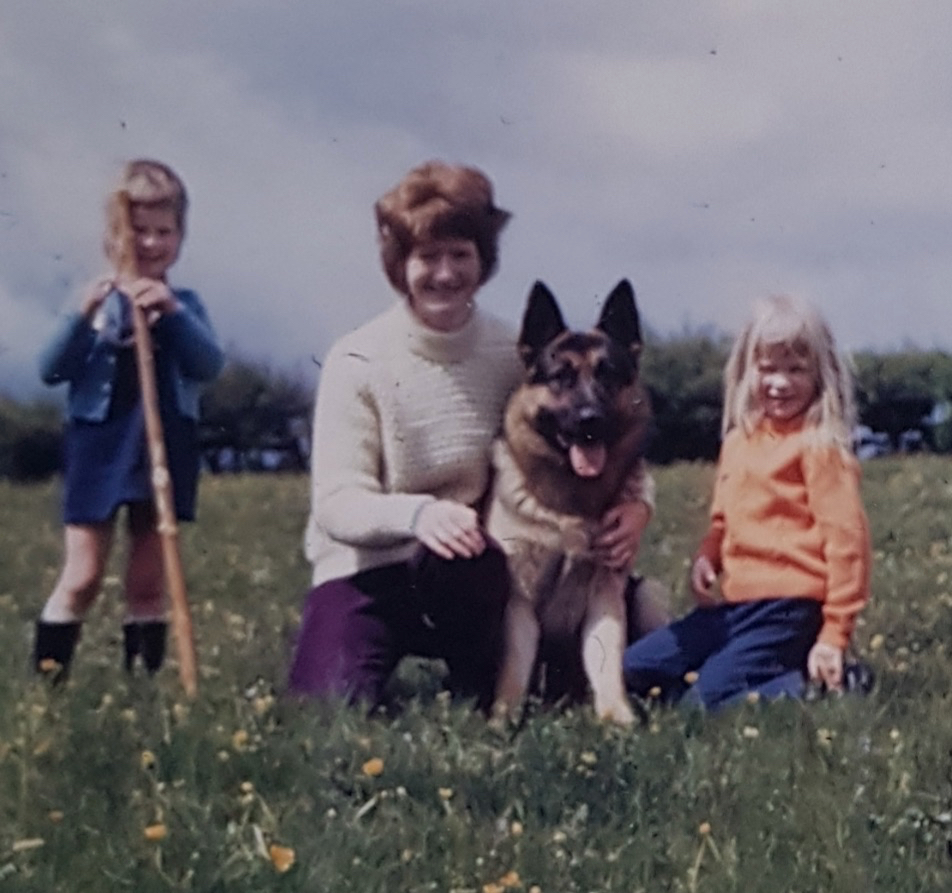 Speaking of the kind of person her mum was, Jo said:

“Mum has been described as feisty, fun and good company and a bit of a character; you might say! She was a determined person who faced life head-on, she was admired by her friends and lived her life to the full.

Mum was a loyal and reliable individual maintaining many of her friendships over decades. She was always interested and inquisitive about those around her, and she gained joy from music, art and travel. Despite her health challenges, she endeavoured to remain upbeat and cheerful.

She also loved reading, which sustained her as her illness progressed. Mum loved spending time with her family – daughters, grandchildren and great-grandchildren.

Mum had an incredible spirit and strength, which shone through. She was an absolute Leo with flaming red hair in her youth, the “Queen of the Pride”, you might say. Mum was courageous when adversity hit.

She was forever young with her enquiring mind, always interested in all around her with an abundance of interesting conversation.”

Jo spoke about her mum’s diagnosis and the impact it had on her: 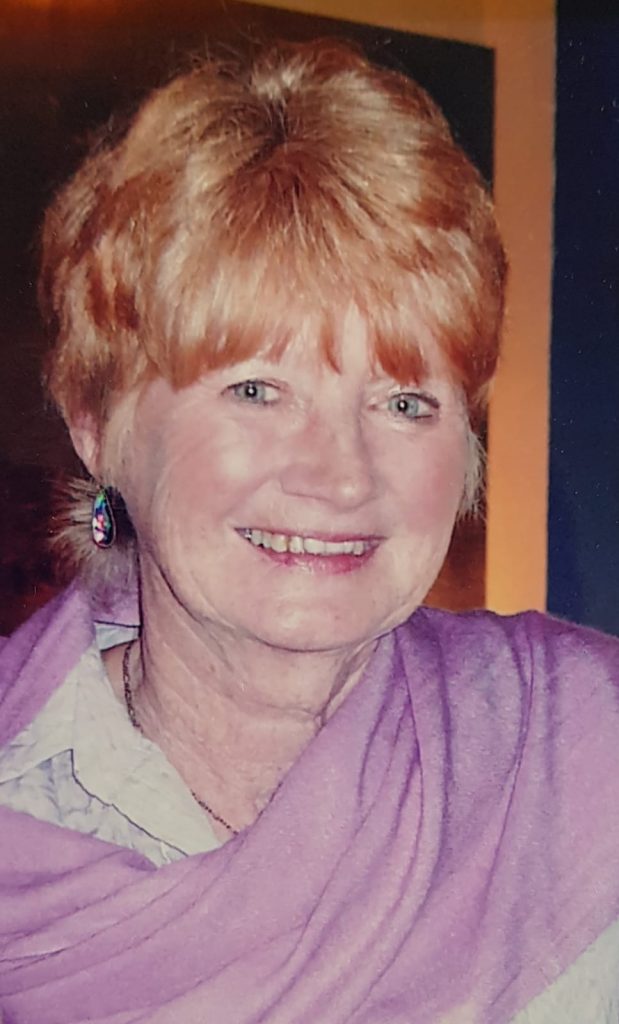 “Mum survived a lot longer than we expected. In total, she had 96 rounds of chemo. The hospital kept reminding us that she was the person with the most rounds of chemo, which was not necessarily a good thing.

For a long time, Mum managed her illness herself visiting the clinic each month between her social engagements.

It was only in the last two years that her health deteriorated. She had many complications; she lost her peripheral vision resulting in no longer being able to drive – this was a huge blow to Mum, who was fiercely independent. She experienced jawbone death, TIA’s (mini-stroke) followed by a major stroke, and anaemia leading to regular blood transfusions.

Ironically, it was bowel cancer that had developed and spread to Mum’s liver which was the cause of her death, not myeloma. As a family, we coped well with Mum’s illness, but it was heart-breaking to see her decline towards the end of her life.”

“Despite her diagnosis, Mum had her life extended significantly through new medicines as they became available.

Initially, reading between the lines, we thought Mum may have three years to live, but this turned into ten years, many of which were of a good quality of life. Mum was incredibly grateful for the life she had; seeing me get married, the birth of my children Eva and Finn, the birth of great-grandchildren Joshua and Oliver.” 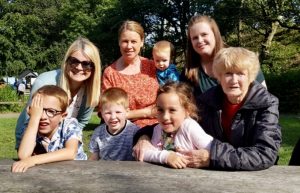 Speaking of Maureen’s decision to leave Myeloma UK a gift in her will, Jo Said:

“Mum hoped that her donation would help improve the quality and extend the life of other myeloma patients. Her greatest hope was that there would eventually be a cure for myeloma.

Leaving a gift to Myeloma UK helps you be part of the solution and is empowering. It also allows you to give something back and support others in the way you were supported.”

Leaving a gift in your will is such a significant way to show what really matters to you. If you would like to discuss how to include Myeloma UK in your will, and help to create a hopeful future for myeloma patients, please call Claire Holmyard, Individual and Planned Giving Manager on 0131 557 3332 or email claire.holmyard@myeloma.org.uk.

Maureen Ann Crossley was born in 1940 to Thomas and Annie Farrell and grew up with her two brothers on a farm in Woodhall, Calverley in West Yorkshire. She attended Pudsey Grammar School and, in 1956, started working for Bradford Council, where she spent much of her working life.

In 1962 Maureen married and started a family a few years later, having two daughters, Joanne and Sarah, and she loved being a mum.

She had a lifelong love of nature and animals, trained and competed with German Shepherd dogs with her husband who sadly died of a heart attack in 1979.

Maureen was passionate about gardening, had a love for music and enjoyed travelling (visiting many places across the world) and seeking adventure. She lived in Amsterdam for a year for an adventure and later look her daughter Sarah to visit the city and showed her all the places she loved to spend time at.

She had a great social life and found it easy to make friends. In her retirement she enjoyed spending her time bowling and volunteering at Marie Curie.