We chatted to Myeloma UK supporter, Charlotte Carruthers, about her experience taking on The Yorkshire Three Peaks Challenge with her sister, Victoria and Nala the dog. 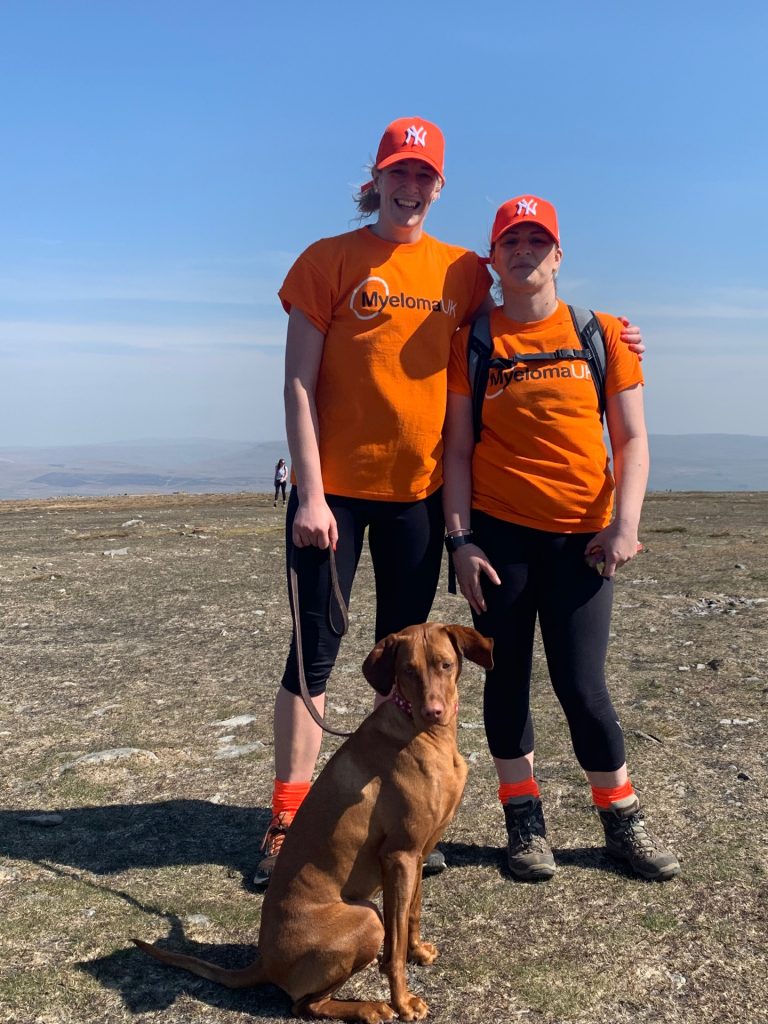 Hi Charlotte, what inspired you to take on the challenge?

My mum was diagnosed with myeloma on January 8 2019, while this journey is still in the early stages; we wanted to help provide support for families who have found themselves in a similar position as us by raising as much money as possible.

Why do you think it is important to raise awareness of myeloma in the UK?

As myeloma is such an unknown cancer, I think that it really needs to be recognised and talked about. Just because we didn’t know about it, it doesn’t mean it doesn’t exist.

What was the planning process like for the challenge?

A lot of our time was spent in the gym, making sure we could take on all three peaks, come rain or sunshine! Nala was particularly well trained, and after having a long walk, she would always relax with a snooze.

Are there any particular highlights of the challenge for you?

Definitely the views from the top! The support we received on the day and the kind words from all our family and friends made the experience so much better, and of course, when we finished, the glass of wine we had was definitely well earned!

Are you up for conquering a Three Peaks Challenge? It’s a fun, fast-paced and challenging way to raise funds for Myeloma UK.

There are several versions of the challenge based in the UK. There’s The Yorkshire Three Peaks Challenge, where participants climb the peaks of Pen-y-Ghent, Whernside and Ingleborough, usually in 12 hours or less. Or there’s The Welsh Three Peaks Challenge, which takes on Snowdon in the North, Cadair Idris in mid-Wales, and Pen y Fan in the South. This challenge is usually completed in less than 24 hours.

You also have the option of taking part in the National Three Peaks Challenge, by climbing the three highest peaks of Scotland (Ben Nevis), England (Scafell Pike) and Wales (Snowdon). The aim is to complete the three peaks in 24 hours.

The challenge is a perfect way to satisfy your need for adventure and take in the breath-taking scenery from the peaks.

Visit www.myeloma.org.uk/fundraisingevent to tell us about your plans and to order a fundraising pack.