Supporter to cycle from Cheshire to Spain in memory of mum

On Friday, 13 May, Jonathan Mawby sets off on his 20-day cycling challenge, making the 1,600-mile cycle from Altrincham, Cheshire, to Aguilas, Southern Spain. He’s doing the challenge in memory of his mum, Lee, who was diagnosed with smouldering myeloma in 2018.

Lee’s smouldering myeloma became active myeloma in May 2020, in the middle of lockdown, causing her vertebra to fracture. She was quickly put on treatment, but she suddenly became ill in August 2020 and was rushed to the hospital, where her condition worsened. Lee sadly passed away on October 5, 2020, at 73-years-old. 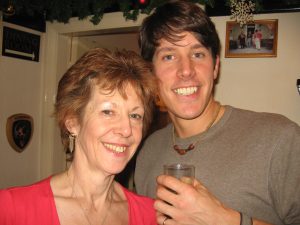 After his mum’s death, Jonathan said he wanted something good to come out of it, and so he set himself the challenge.

“My hope is to raise much-needed funds to find kinder, less intrusive treatments and ultimately to find a cure. Any donations will be greatly appreciated. There are many long, cold and wet nights, mornings and weekends ahead of me – and that’s just the training – and knowing we’re raising money in memory of my mum will spur me on.”

The route includes tight bends and very steep terrain – by the end of the journey, he will have climbed the equivalent of twice the height of Mount Everest. He decided on the route to Aguilas, as it’s a place close to the family’s heart where Jonathan’s parents used to go on holiday. He will be joined by his sister Sally and brother-in-law Mike, along with their 15-month-old son, acting as a mini support-vehicle convoy. 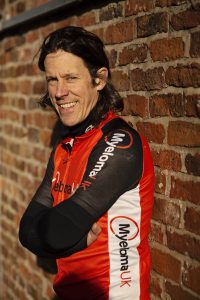 “I’ve never done something this mad before. The timing seemed right to do something in her honour. It’s been timed to the second so if we get a mechanical bike failure we will just have to get moving and get on with it. My mum would probably think I’m completely mad. She would probably say, ‘Why on Earth would you want to do that for?’. It would mean a great deal to hit the target. I will get there – whether it’s on one wheel or two. I hope it’s on two.”

Jonathan hopes to raise an incredible £10,000 for Myeloma UK. If you would like to support him, you can donate to his JustGiving page.

“My brother doesn’t do things by halves. We want some good to come of what happened to our mum. One of the things we’re passionate about is funding kinder treatments for myeloma. We still have some way to go to make sure that treatments are kinder and have fewer side effects so that

living with illnesses that are not currently curable is at least more manageable.

The progress that’s been made with myeloma is astounding and improving
quality of life is a huge spur for us.”

If you would like to take part in a challenge to raise vital funds for Myeloma UK, please get in touch.