Ian’s achievement is all the more incredible as he was diagnosed with the incurable blood cancer myeloma six years ago.  The team of four ex-servicemen called The Atlantic Mavericks rowed from San Sebastian La Gomera in the Canary Islands to Antigua in January this year.  Ian was joined by ex-army friends Roy Dixon from Shrewsbury, Ian Duncan from Devon and Richard Baker from Somerset for the long-distance charity fund-raiser.

Cheered on by his wife, Maureen, daughter Dani and her husband Mark and their children, Ellie and Eoin. His mother, Mrs Anna Davies was also watching live at her home in Oswestry while son Gareth watched from Australia. Ian decided to take on the challenge to help raise funds for Myeloma UK – the only UK charity to focus exclusively on the incurable blood cancer myeloma and related conditions.  It represents the 24,000 people in the UK with myeloma and aims to drive better outcomes through its research, treatment access, healthcare services improvement, and patient and carer information and support programmes. 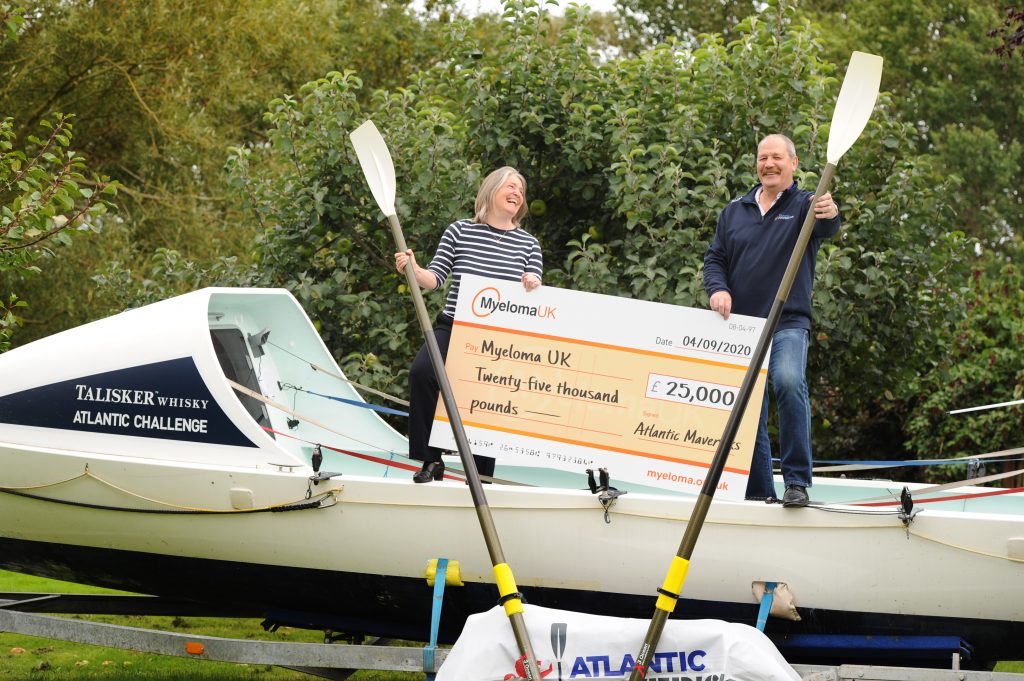 Speaking about his decision to take on the challenge Ian Davies said:

“I decided a long-term challenge was the way forward to raise significant monies for some great charities such as Myeloma UK and they don’t come much tougher than rowing the Atlantic.

More people have been into space, or climbed Everest than have rowed the Atlantic, it is a huge challenge.  Rowing the 3,000 miles across the Atlantic tested the limit of our physical and mental strength but we achieved something unthinkable and truly remarkable.

Fatigue is a symptom of my condition and It takes a certain kind of person to keep going when faced with blisters, salt rash, sharks and sleep deprivation.  But we all knew we were doing it for such a worthwhile cause and we hope the funds raised can help Myeloma UK continue to support everyone affected by myeloma. I am so proud of our team and everything we have achieved.”

“Ian and the rest of the team are truly amazing and we cannot thank them enough for their incredibly generous donation to Myeloma UK. The team’s donation is helping us to support patients during these challenging times, and to fund future research into myeloma treatments and cure. The generosity from supporters such as Ian and the Atlantic Mavericks is an inspiration to everyone at Myeloma UK.”