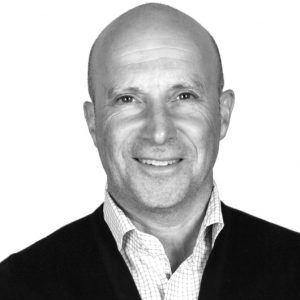 Marc joined the Myeloma UK Board of Directors in 2012 as Treasurer and took over the Chairman role in January 2019. He is the Co-founder of Nimrod Capital, an independent investment management and advisory business.

Marc said, “Myeloma UK has already done fantastic things with limited resources and I believe it can do so much more for patients over the coming years.” Sir Frank Chapman, who was diagnosed with myeloma in 2010, joined the Myeloma UK Board of Directors in 2016.

Sir Frank worked in the international oil and gas industry for 40 years. He began his career with BP, followed by an 18-year career with Shell before joining British Gas as Managing Director Exploration and Production in 1996. In 2000, Sir Frank was appointed Chief Executive of BG Group plc, a role from which he retired in 2013.

He has received a number of awards throughout his career and was knighted in 2011 for his services to the oil and gas industries. Alongside his role with Myeloma UK, Sir Frank is also a Non-Executive Director at Rolls-Royce where he chairs the Safety and Ethics Committee.

Sir Frank said, “I was delighted to be invited to join the Board at Myeloma UK. The organisation’s work entails a fascinating combination of patient support, education, cutting-edge
research and promoting innovative collaboration between all the key stakeholders involved in getting new effective treatments to patients. I very much look forward to playing a
role in delivering our diverse and potentially game-changing work.” David joined the Myeloma UK Board of Directors in 2013.

He is currently President, EMEA for Aegerion Pharmaceuticals which focuses exclusively on bringing innovative therapies to people with very rare, debilitating diseases.

David has over 20 years of experience working in the European pharmaceutical industry. He has worked for a range of pharmaceutical companies including Celgene where he held the role of General Manager at Celgene UK Ltd, and latterly Corporate Vice President of Global Marketing in the United States.

Whilst at Celgene UK Ltd, he founded the Orphan Disease Industry Group and worked collaboratively with stakeholders, including Myeloma UK, to improve access to medicines for people with rare cancers in the UK.

David said, “I admire the fact that Myeloma UK has had, and continues to have, the foresight to collaborate. It’s a real trademark. By collaborating with clinicians, industry, the NHS, Government and patient groups, Myeloma UK puts the needs of the patient at the forefront of everything the organisation does and that really sets it apart.” 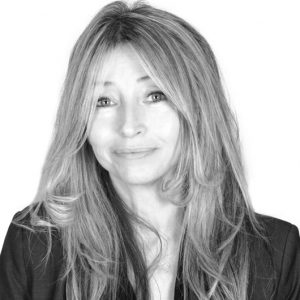 Lee Appleton joined the Myeloma UK Board of Directors in 2013.

Lee spent nine years working in New York organising and managing events and conventions for a large resort hotel. Since returning to the UK in 2000 Lee has focused on fundraising and supporting various charities.

Lee’s mother was diagnosed with myeloma in 2011. She has since been actively involved in fundraising for Myeloma UK.

Lee said, “Being part of the dynamic Myeloma UK team is a tremendous privilege. For me it’s a true labour of love to dedicate my time and efforts to raising funds for the life-changing work Myeloma UK does.” Sarah Henshaw joined the Myeloma UK Board of Directors in 2019.

Sarah has been the myeloma Clinical Nurse Specialist at the Nottingham Centre for Clinical Haematology for 11 years. She has set up and run four independent nurse-led clinics managing symptoms, pain, associated treatments, and MGUS. Her particular interests are quality of life for myeloma patients, pain management, management of late effects, and the progression of new treatments.

Sarah is an independent nurse prescriber. Further to her BSc in healthcare studies, she is undertaking an MSc in health and social care, specialising in palliative and end of life care.

She has recently begun work with an international working group of myeloma Clinical Nurse Specialists where she hopes to impact on the IMW nursing programme; and is in the early phases of setting up a National Myeloma Nurse Network in conjunction with the UK Myeloma Forum with the intention to standardise myeloma nursing care, and develop best practice protocols and nurse education.

Sarah is a member of the UKMF executive board and was a trustee of The Basil Skyers Myeloma Foundation until June 2018. Dr Karthik Ramasamy joined the Myeloma UK Board of Directors in 2019.

Dr Ramasamy is a consultant haematologist at Oxford University Hospitals NHS Trust and the Director of the Oxford Myeloma Translational Research Centre. He is also Lead Clinician for myeloma and other plasma cell dyscrasias at the Thames Valley Strategic Clinical Network. He has been a Chief Investigator of myeloma studies in renal impairment and bone disease and Principal Investigator on several myeloma trials. Geraldine Haley joined the Myeloma UK Board of Directors in 2019.

Geraldine Haley has spent 25 years with Standard Chartered Bank, where she gained generalist and specialist Human Resources experience, including time as Global Head of HR for Corporate and Institutional Banking and culminating in her role as Global Head of Executive Talent. Geraldine set-up a consulting practice in 2016 where she focuses on coaching Senior Executives, accelerating team performance and bespoke leadership development programmes. Alan Chant joined the Myeloma UK Board of Directors in 2019.

Alan was diagnosed with myeloma in 2011, since then he has worked with Myeloma UK as a member of Support Groups, spoken at Infodays, been a member of research panels and a patient expert on NICE technical appraisals. He was also a patient representative on the 2016 NICE Myeloma Guidelines.

Alan has over 40 years’ business experience, including 22 years at director level in large national consumer-focused companies including Sainsburys, Beecham, United Biscuits and Seagram. He was principally responsible for marketing and corporate development and was involved in the launch and development of the UK National Lottery.

Alan said “I am delighted to be joining the Myeloma UK Board, and extending my involvement with the charity. Myeloma UK is an impressive organisation that puts the needs of myeloma patients foremost in everything they do. The staff bring enthusiasm, passion and commitment to their roles. It is a privilege to be playing an enlarged role with them.” Alex joined the Myeloma UK Board in 2019.

He read law at Edinburgh University and initially qualified as a solicitor with Murray Beith Murray before switching his career to focus on investment management for private clients and charities.  Alex was a Partner of Turcan Connell for several years and played a leading role in the evolution of the firm’s financial services activities into Tcam, an independent business of which he was Joint CEO until it was acquired in 2018 by Seven Investment Management.

Throughout his career Alex has been involved in advising charity clients and he currently serves as a Trustee of a grant making foundation.

Alex said “Myeloma UK is an important organisation that plays a critical role in improving the lives of patients. I very much believe that the objectives of the charity to support current myeloma patients and their families, to drive improvements to diagnosis and treatments, and to amplify the patient voice in healthcare decision making deliver a positive outcome for patients and their families”.