Myeloma UK is delighted to announce that its inaugural garden ‘The Myeloma UK Garden’ by designers John Everiss and Francesca Murrell has been awarded a Silver-gilt medal at the RHS Chelsea Flower Show 2018.

One of the Space to Grow Gardens (a new section at Chelsea this year), The Myeloma UK Garden has been designed to give a positive message about the fight against myeloma, to which there is currently no cure, and is one of three major events that is marking the blood cancer charity’s 21 years of making myeloma history. 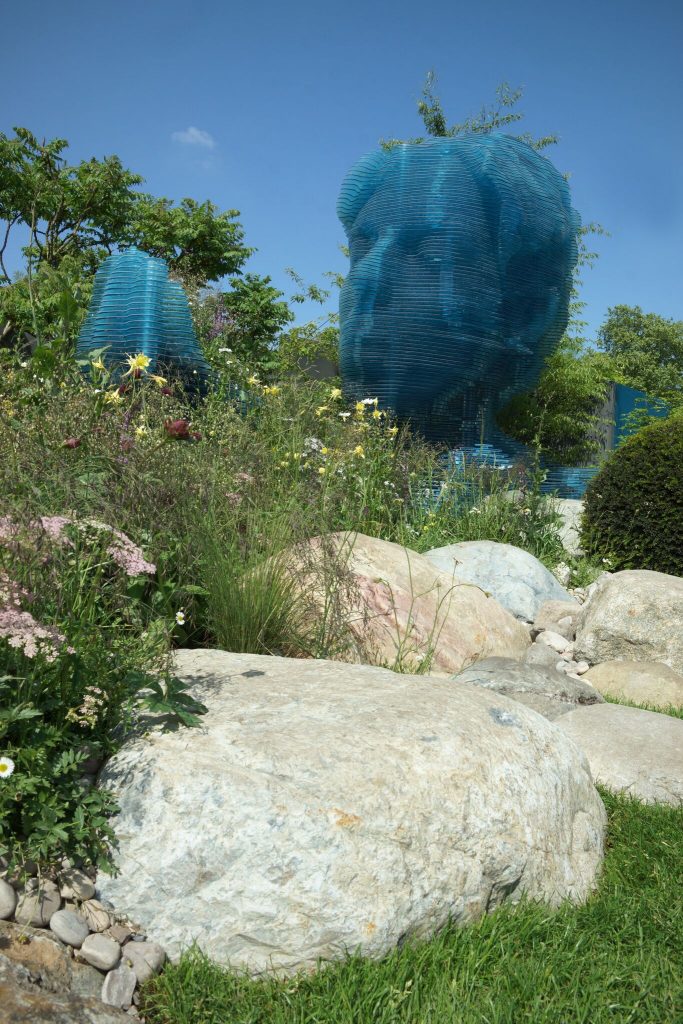 Inspired by Peter King, a Myeloma UK supporter from Hertfordshire whose wife Gill and brother Graham both passed away in 2016 from the cancer, the enormous head and hands sculpture at the heart of the garden is modelled on their daughter Gemma Peace from Helensburgh, and represents the role of the carer who is often a pivotal figure in helping patients and their families cope with everything a myeloma diagnosis brings.

The sculpture weighs a colossal seven tonnes, towers at 12 feet high and its innovative shape is constructed from layers of transparent Arctic blue Perspex® acrylic. The sculpture was part-assembled before the show and, as the gates at Chelsea are nine feet high, was fully constructed on the grounds.

John and his team used cutting edge technology to create the sculpture, scanning Gemma’s head, shoulders and hands to generate a very detailed 3D digital image. They then used this data to create the sculpture’s multiple layers of Perspex® acrylic, and the design and construction company ‘Stage One’ assembled it.

Gemma’s left hand is pushing away boulders, which are physical representations of plasma cells from which the cancer arises, and symbolise the obstacles people face in care when they suffer with myeloma. The boulders weigh up to two tonnes each and have been supplied by ‘Mid Wales Stone’.

Gemma’s right hand is cupped and she appears to be gently blowing seeds and plants onto fertile soil below, to represent new treatment and as a sign of hope and growth.

There is no defined path through the garden, purposefully mirroring the situation many myeloma patients face. Francesca Murrell created the planting design, which features over 60 different plants and trees, and ‘Peter Gregory Designs’ built the garden. 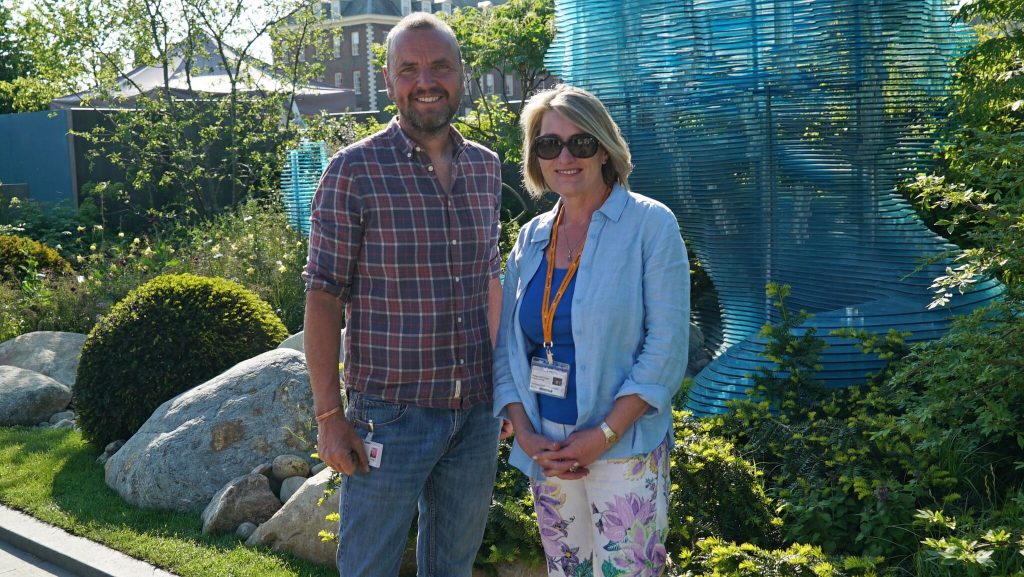 “The Myeloma UK Garden at the 2018 RHS Chelsea Flower Show was designed to raise the profile of myeloma, the work we are doing as an organisation to help improve the lives of those affected by a myeloma diagnosis and the journey towards finding a cure.

John’s creative concept expertly tells the story of myeloma and is both educating and enthralling visitors. The Silver-gilt medal is truly well deserved and will help attract even more people to The Myeloma UK Garden to celebrate its themes of hope and care, which are moving and inspiring visitors.”

“I’m absolutely delighted that I’ve won a Silver-gilt medal for The Myeloma UK Garden! I really hope that this garden, the story behind it and the platform of one of the world’s most prestigious flower shows helps raises awareness of myeloma and encourages people to support the charity and its research into finding a cure.

I want to say a huge thank you to our sponsors and also to our suppliers who really got on board with this project and helped us to fund it and bring it to life. And thanks of course goes to my planting designer Francesca Murrell as well as Peter King, Gemma Peace and everyone at Myeloma UK for supporting this project and allowing me to create such a big and bold garden for them!”

For a selection of high res photographs, please see:
https://www.dropbox.com/sh/d7a0yvlf85wuau3/AADZOS7B-3Ga77zxY6kUmTCYa?dl=0